Lois Pitts & Gershon contratced Paradise to handle the complete Production Management for a series of commercials with ledgendary weatherman, Willard Scott who by the way is a great guy to work with on or off the set. Locations were secured at a farm overlooking the Shennendoah Mountains and on the steps of the Lincoln Monument.

SONY FS7MKII 4K with all the bells and whistles 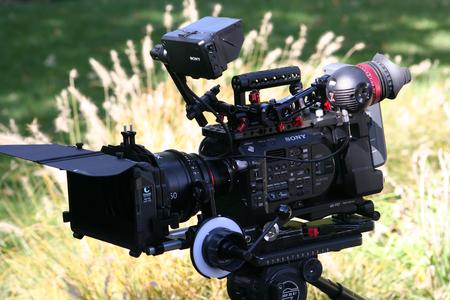 On a Friday afternoon in late April of 2000 my good friend and colleague Jim Bruton  called and asked if I was available to leave for an expedition to Mount Everest in Nepal. Without hesitation my only question was, "When do we need to leave?" Jim replied, "Can you leave Sunday?" We prepared for a host of contingencies and had but two days to pack and prepare. Our team would be following the Canadian climbing team and conducting live broadcasts back to RDS in Montreal during the two week journey to Base Camp.

During the trek to Everest Base Camp we encountered pleasant spring weather ascending from 6500 - 18,500 feet above sea level . The temperature at night fell to -10 degrees and the Kumbu Glacier cracked and shifted during the night reminding us we were sleeping on a constantly moving glacier. 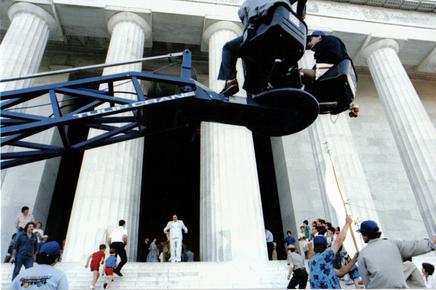 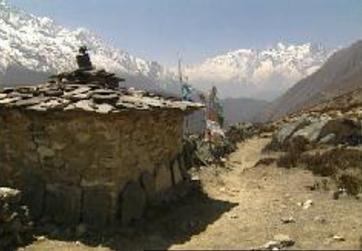 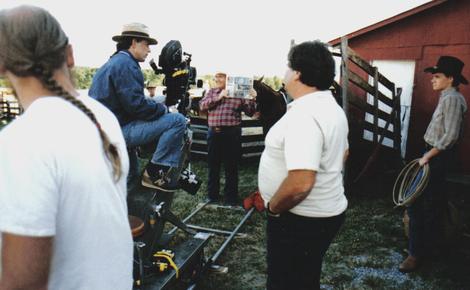 The success of the massive production team and troupe of extras (all friends and relatives of Mr. DeMoss) was due in large part by the work of the Film Office of the US Park Service in clearing the site for the shoot and providing officers to manage crowd control and access to the "Hallowed Hall" of the Lincoln Monument. 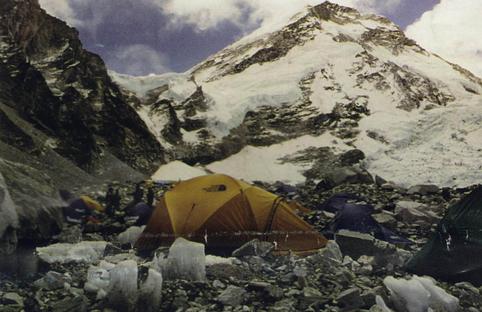 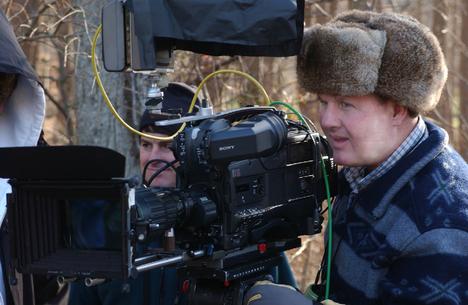 Armed with two satellite phones and a world-wide sat-com map we navigated the digital signals around the globe back to North America utilizing a revolutionary "Video Phone" designed by my friend and colleague Jim Bruton of AlpaNet. Our live broadcast from Everest Base Camp was the first of its kind streaming back to RDS in Montreal every evening. A spectacular accomplishment from over 18,000 feet above sea level.

On the set of the GEICO Motorsports Campaign 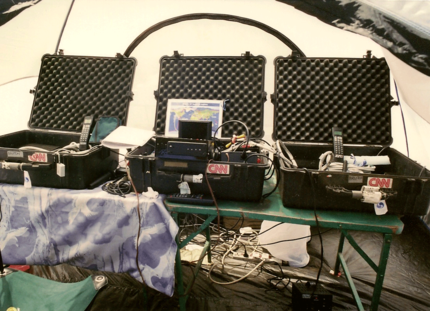 Paradise Communications Tent at the base of Mount Everest

​​Gary S. DeMoss - As a business owner since 1980, Mr. DeMoss is the principal of  Paradise Films, LLC a worldwide field production company specializing in national marketing and advertising initiatives for fortune 500 companies. During the last two decades Mr. DeMoss was also a Shareholder and Board Member with Acorn Media Group since its formation in 1985 until 2001, he was the General Partner of Shortcuts Editing, LLC from 1995-2001 a non-linear digital on-line editing company in Bethesda, MD, the General Partner of Paradise 24P, LLC from 2005-2006, the VP of Business & Program Development for Atlantic Video, Inc. from 2006-2007 and is currently the founder of Paradise Films, LLC a motion picture production company created to leverage content, both original and acquired and to own, produce and distribute motion pictures.

His award winning programming spanning two decades includes two Emmy’s and over a dozen Silver Awards from the Houston International Film Festival. He has written and is currently marketing several WGA registered screenplays and several television series for network distribution.

Additionally, this versatile camera is capable of capturing Pro Res and RAW with the XDCA adapter (pictured above) ProRes is a widely adapted codec originally developed by Apple for use in post production but now finding use as an acquisition codec. ProRes 422 HQ offers slightly higher quality than ProRes 422. 4KRaw - High quality external recording option that allow the recording of raw sensor data on a compatible external recorder.  Paradise has the Atmos Shogun Flame Monitor that records 4K DCI RAW directly from the XDCA adapter on 512G cards.

Paradise also has a complement of Cine lenses including the XEEN E Mount Cine primes (24mm, 35mm, 50mm and 85mm) and an array of Zacuto  accessories for a variety of configurations - for either a dolly, Steadicam, hand-held and tripod mounts. Pictured with the Chroizel quick release mount, super-wide 2 stage matte box and follow focus. For package details call 301.509.1383